Two years ago, we had an Iftar party  (a get-together held during the Holy month of Ramadan to break fast) given by the office. The moment I heard of it, I had butterflies in my stomach. I hated these social events…they were simply taxing. But I had to go because I was one of the few who had been invited from my organisation. My boss who happened to be the CEO of the company (and who had joined a year ago) coaxed me into going. I went with a colleague of mine who is a social butterfly. We met people, talked, enjoyed the evening and left.

The next day after a presentation I made to a few departments (at which the CEO was present), he called me in to tell me that the presentation was great and asked me how the party was. I replied “ok…good”. He smiled and said ” You’re the classic Introvert”. I looked at him as if he had slapped me on my face, like he had verbally abused me.I vehemently refuted. I couldn’t let this man ruin my performance appraisal for the year just because of a personal opinion he had. What did he think he was, calling me an introvert? I wasn’t shy, I did not lack confidence, I wasn’t scared, I managed a team, I spoke when necessary, met project deadlines…so what if I did not go around the office making conversation over coffee? We were here to work and that I did. I agree that I wasn’t the networking kind (all books on success tell you that you need to do it).  While he continued I said, trying to hide my bruised ego, “my teachers in college thought I should be in Marketing but I chose Finance because I liked it,not because I couldn’t talk.” ( They obviously knew me and Marketing people are not introverts). Seeing my agitation, he very calmly asked me to read on Introverts and Extroverts…

So I googled and the more I read, the lesser I disagreed with him. The mystery of my whole life unraveled before me…I was never considered shy or diffident but I had always been considered arrogant. My not wanting to mingle with everybody or wanting to stick to a small set of friends had earned me a reputation that really wasn’t me. But even if I screamed from the roof-tops, I couldn’t shrug it off me. Nobody had really understood…not even me. I was the girl who participated in all the extra-curricular activities, so I wasn’t labelled shy …that obviously meant I was arrogant.

It started when I was in grade 4 and my teacher called me a “proud peacock”.  At 9, I had no idea why said it. I simply hated that moment but somewhere deep down I felt good. A peacock was beautiful and being proud wasn’t as bad as being called stupid. Then I met a classmate from college a few years ago, who said I had changed and become this warmer, nicer person. I knew I had not changed…I dismissed it, thinking she was obviously mixing me up with somebody else. The only thing that had changed was, I was not meeting her in a class of 40 odd people in the premises of the college where there would be hundreds of students from all classes. I was meeting her with another friend. A small, cozy group (which is exactly what an introvert prefers). Sometime later, another school friend of mine , who I happened to meet after 25 years, said ” you were so different earlier-Proud and Aloof”. I said, I had simply been shy…which of-course she hadn’t understood but had not argued with me for friendship sake (I had seen the flicker of doubt in her eyes).

Now reading all the information that ‘Uncle Google’ had on the subject, was like finding the key to the lost chamber.

I called my dad, who belongs to the ‘ Silent Generation’ (the generation that is retired, born at the end of the war, too late to be war heroes) and broke the news to him. He instantly dismissed it, in his characteristic way, “What rubbish! That man knows nothing. Don’t believe everything everybody says. You’ve always been gullible!” He spoke like I had broken the news to him, that I had been suffering from a mental illness and he had to quickly stop me from uttering the words again. Being an introvert is a stigma to many. “You’ve changed 10 schools, you have so many friends, don’t be silly”. There was no room for explaining. Then I called my sister, who is 8 years younger than me ( belongs to the Generation Y, the Millenial generation, the generation who wants to strive ahead) to share the secret of my life. She said, ” Of-course not! If you’re an introvert, then I must be the Queen! You’re so much more outgoing than I am, for God’s sake…”

Well, yes, we were both introverts but just at different levels… At the end of my discourse on my research findings, she agreed. We had finally found the answer to a dilemma that had been nagging us since some time.

These discussions led me to understand being an Introvert was like having a stigma associated with you…that was the understanding irrespective of the generation you belonged to- from the 1930s to 2001. It wasn’t just my generation (Generation X, the reactive generation that was unaware and that led me to write this blog).

So here it is…MYTH versus REALITY

In a nutshell, the difference, the main difference between an Introvert and Extrovert is…

At the end of a party, if you feel charged and all set to go for another party or you’re totally up to making the next day’s plans- lunch with someone, catching up with somebody else…Then you’re an Extrovert.

You wake up the next morning after a party feeling happy that you’re done with the party, had fun but now need time alone to recharge your drained cells, want to do some reading, writing or just have some family time, home time…Then you’re an Introvert.

For introverts, to be alone with our thoughts is as restorative as sleeping, as nourishing as eating.

When I am among people, I make eye contact, smile, maybe chat if there’s an opportunity (like being stuck in a long grocery store line). As an extrovert, that’s a small ‘ping’ of energy, a little positive moment in the day.

Does that mean I hate people…I can’t make eye-contact and smile…No, I love people, I love speaking to strangers, talk, listen and move on…so WHO AM I?

There is no such thing as a pure introvert or extrovert. Such a person would be in the lunatic asylum. —Carl G. Jung 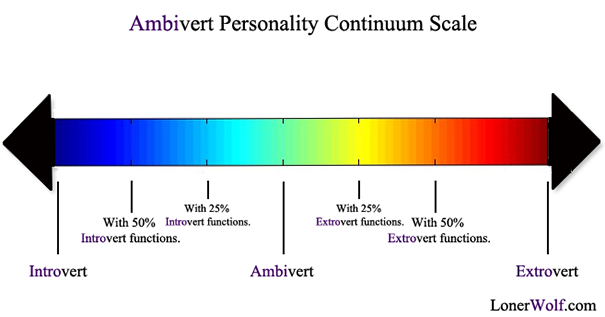 There is a scientific explanation to what makes a person an introvert or an extrovert but that’s something you can google on, if you’re interested.

So here’s a little tip (from the mum in me), to all parents…just because your kid does not seem outgoing, likes spending quiet time alone at times, seems quiet, shy or reserved…there’s no need to hit the panic button. Just because the neighbor’s or your friend’s kid is the epitome of ‘confidence’, ‘smartness’, it does not mean your kid is any less smarter or going to be any less successful or happy. In the present day world, it’s important to raise a balanced human; who can think, analyse and judge wisely…who can remain calm and rise to the need of the needy, without being judgmental or prejudiced or selfish.

Here are a few people who are Introverts. See if you recognize them. If you do , you have your answer- Success depends on hard-work, grit, positive attitude,intelligence in your chosen field, be it an entrepreneur, a leader, a social worker, an artiste or  a stay-at-home mum.

FILE – This Oct. 16, 2012 file photo shows author J.K. Rowling at an appearance to promote her latest book “The Casual Vacancy,” at The David H. Koch Theater in New York. Harry Potter fans can look forward to a Halloween treat, with some tricks, from Rowling. In an announcement posted Friday, Oct. 24, 2014, on her web site, http://www.pottermore.com, the author revealed that she has prepared a 1,700 word story about the witch and former Hogwarts professor Dolores Umbridge. (Photo by Dan Hallman/Invision/AP, File)

Most people are a mix of both and both are equally wonderful… Time is limited. Don’t waste it being somebody else…Be Yourself and Don’t Judge Others!

15 responses to “Introvert or Extrovert…Dogma Debunked”