A Little Sunshine Please…Need to dry the clothes…

With the joy of travelling and seeing new places, tasting new flavours comes the dreary, mundane, task of having piles of dirty clothes that need to be washed and dried. After a week’s trip ” ghar bana dhobi ghat”. For those of you who are not familiar with Hindi, the national language of India, it simply means, the house turns into a washerman’s  area with washed clothes hanging on washing lines strung from one wall to another.

Given the monsoon season (the rainy season in India) and this particular period between July 15th and Aug 15th where heavy, unabated rains are the norm, washed clothes can remain on washing lines for 2- 3 days and then. under the fan for the final drying and then a little bit of ironing so they lose whatever remaining dampness they have. This is what happens every holiday and have watched it since the time I was a child. As a child, it added to my holiday experience, watching my grand- mother tie strings for clothes to be hung on, all over the house and then climb on stools to put the clothes on the line. It was like watching a circus artist. Then she would use a long stick with a hook to get the clothes out. When the rains took a breather, she would run outside to hang the clothes outside so that they would catch some sunshine and then the moment she saw grey clouds, she would swoop down with complete agility to save the clothes from the rain God. It was fun watching her and sometimes we were allowed to help as long as we were able to prove our hands were clean. 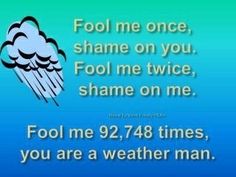 Coming back to the present, as per the meterological department, there would be 5 days of continuous showers…so I now would have to do what my grand mother did, my mother did, my mother in law does….wash clothes, hang them and hope to get some sunshine….A tumble dryer can replace the satisfaction one feels with warm, sun-dried clothes!

Contrary to the weather forecasters, there was no rain and all the clothes dried on the same day. I have come to believe the best job in the world is that of a weather forecaster’s.. They generally predict what we know as a matter of experience and if it goes wrong…which it most often does…who cares? Can the elements be controlled… 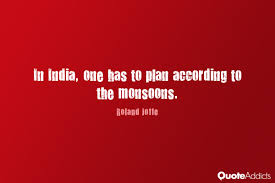 Now that my washing job was done thanks to the weather forecast going awry, I so longed for some heavy showers, before the holidays ended.  The monsoons are unique to India,  when due to high pressure in the Indian Ocean, winds filled with moisture blow over India starting with the South of India and then moving Northwards. The monsoons determine our fate as India is largely a agricultural country. We need the right amount of it at the right time; neither too much, nor too little. And, we have no control over it. We pray for it!

As much as we have advanced in Science, we Indians believe in the Almighty, sometimes to an extent, that you would find strange but it is this belief that keeps us alive, together and strong. Global Warming is not just a concept discussed in boardrooms. It’s happening and we were feeling it. No rains in places where it otherwise poured, floods in places which otherwise received little or no rainfall.

I sat outside in the portico, looked up at sky, wincing as the sun blazed down, abnormal at this time of the year and prayed like a true Indian for the rains.